From Then To Now: How Has Marketing Evolved Over Time 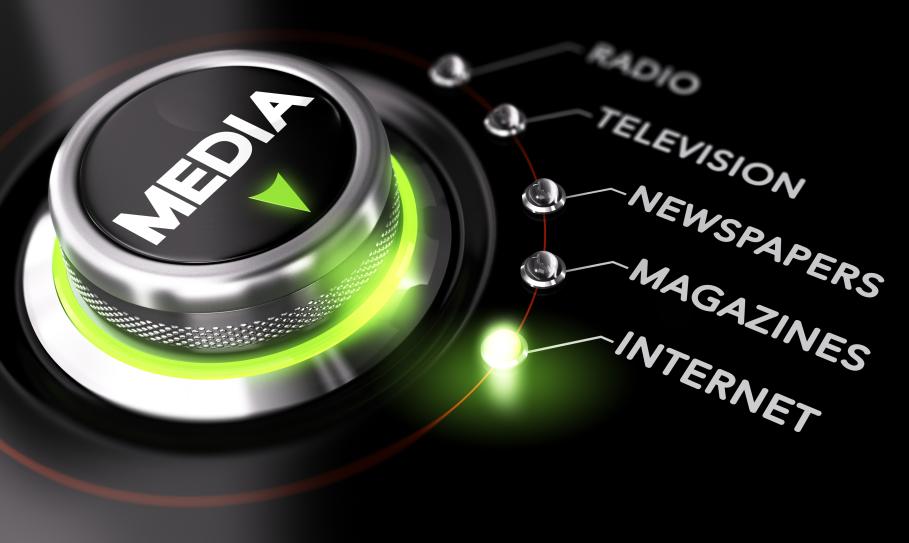 Today, marketing is a well-known concept. If someone were to say they work in marketing, the majority of people would have at least a vague idea of what they do. But, of course, marketing hasn’t been around forever. Marketing is something that established itself when early sellers and businesses needed to find a way to make their goods stand out from the crowd. As with most things in our world, it has grown and developed since, turning into a whole field of professionalism with strategies, techniques, and countless creatives on board. Read on to learn more about how marketing has evolved over time!

While there are instances of marketing being used in Ancient civilizations, we tend to look at the history of marketing in more modern eras. Marketing really began to take speed and come to a head during the period of the Industrial Revolution. This is where many basic ideas regarding marketing goods – and marketing as a concept as it is understood today – began to break through.

The Industrial period spanned between the late 18th century and lasted well into the 19th century. This period is renowned for major developments in manufacturing, transport, and social change – each of which contributed to increased consumption of products. This further resulted in countless businesses sprouting up, selling both essential and non-essential goods.

Mass production also meant that more goods were available than ever before, while rail developments meant products could be transported across the country. It’s really not all too surprising that all of this was met with a growing consumer market. With the demand so high, more and more companies started, offering the products and services the people wanted. However, this also led to an increase in competition.

By the time the 1900s came around, the competition was getting intense and people were having to come up with new strategies to encourage their consumers to buy their goods as opposed to someone else’s. This was, and has since been, resolved by using clever marketing techniques.

Of course, the marketing methods we use today are different than the ones used a hundred years ago. Just like most things, marketing techniques have had to change over time. However, even with the changes that we’ve seen in the marketing world, there are still some basics that go back to the early days of marketing. Whether old or new, what are some of the most popular marketing techniques used in the past, as well as those used today?

Let’s start out with one of the most traditional forms of marketing – print marketing. Back in the time before computers and personal technology, the easiest and most effective way to convey messages to consumers was in print.

The oldest example of print marketing lies in Ancient Egypt. A papyrus fragment dated around 3000 BC from Thebes can be translated as an advertisement written on behalf of Hapu, a weaver and slave owner who was trying to find one of his lost slaves. At the end of the notice he included self-promotion that is strikingly similar to what we still see in modern-day advertising.

However, printing as a form of marketing didn’t really take hold as a business standard until the creation of the printing press. The printing press was developed in the early 1400s, and it didn’t take business owners, politicians, and others long to see the potential benefits of print. Some say that the first print ad was issued in 1472. This was a flyer nailed to the door of a church advertising a book of prayers.

Print ads are also seen in distinct classified-style text ads that ran in early newspapers. During the early days of print ads, brands didn’t really exist in the way we know them now. Due to this, the ads simply offered information that a specific product or service was available, and where the reader could get it.

Print marketing in the early days was not leveraged in a systematic way, since the distribution of printed items wasn’t very reliable at the time. Plus, many businesses found that their potential customer base went solely by word of mouth. However, over time businesses started getting more and more benefits from print advertisements.

More major print marketing started around the 1600s in France. The French gazette Mercure Galant began to incorporate features on fashion and luxury goods starting in 1678. This appealed to individuals such as the court of Louis XIV, helping to spread the fashion trends featured throughout Europe.

As time went on print marketing really began to take off, as businesses were able to sell their products to more widespread customer bases and printing technology became more affordable. The 20th century is generally considered to be where print advertising underwent the most dramatic change and became most useful for businesses. Whether using text-based ads or those with images, more and more businesses turned to print advertisements.

In 1920 print advertising encountered its first major competitor – radio. Radio advertising had the advantage of quickly being heard by thousands of people, with a low relative cost when compared to print ads. Radio could be engaging, with the introductions of catchy jingles, which would soon come to be a major part of branding. Radio advertising quickly became a popular way for businesses to become a household name.

To this day, TV advertising is one of the most significant forms of advertising, with particular notice taken around festive periods. Just think how excited people get for the annual Coca-Cola Christmas advert or the yearly John Lewis Christmas TV ad!

Over the past couple of decades, personal use of computers, laptops, tablets and smartphones means that we’re living in a digital age where people spend a lot of time online. Once computers and the internet became a standard in the majority of households all over the world, it’s no surprise that digital marketing & SEO became popular marketing strategies.

Today, most companies focus their time, efforts, and money on digital marketing over other methods. Not only do people spend a lot of time online, but it’s much easier to track the performance of ads, review how many people are seeing them, how many sales are being generated from them, and whether they’re working and worth the investment or not. Digital marketing & SEO is a huge area of focus, no matter what type of business you’re running. It can direct people to your website and encourage sales, as well as help raise brand awareness. Seeing as this is such a broad topic, we’ll separate some forms of digital marketing out below.

SEO is an important aspect of marketing for most businesses. The way consumers buy has changed and companies need to keep up. Fewer people than ever are going out and buying products in person at the store. Many people choose to shop online – and this isn’t all too surprising. People tend to find it way more convenient to order products from the comfort of their own home, during their morning commute on the train, on their lunch break at work, or wherever they may happen to be. The goods can then be shipped directly to them.

This means that countless companies have spent a whole lot of money on website design that draws people in. While it’s important to have good web design that offers a fantastic user experience, it’s search engine optimization (SEO) that brings the customers to the site.

Think about it. How do you shop when you shop online? If you’re like most people, you’ll type a few keywords into a search engine like Google and then click one of the first links that appear in the search engine results page. These links direct to sites selling products relevant to the original search term.

SEO is the tool that helps you rank well on the search engines. SEO includes a large variety of techniques that are used together to help your business rank well in search engines. SEO marketing is a broad field that requires a lot of understanding of how consumers act, what the search engines are looking for, and SEO web design to help ensure that it all comes together. In fact, because of the complex nature, many businesses choose to work with companies like nuBranch Media , a local Toronto SEO specialist, to ensure that their SEO marketing techniques are hitting the mark.

Another phenomenon that has come about in the past few years is social media marketing. As we’re spending more time online, we’re also spending a lot more time on social media. Apps and websites that were originally developed to keep people in touch with one another have quickly become platforms with a whole lot of opportunity for profit. Businesses now sell and advertise their goods through social media platforms.

There are two common ways that businesses use social media platforms to further their business. The first includes creating a page or profile on the social media platform that is specific to the branding of the company. This page allows the business to show off their products or services, link back to their website, and even offer promotions and sales.

As you can see, marketing really has changed massively over time. There have been countless trends over the centuries and decades, each developing to match the technology and lifestyles of their era. While looking at the changes in marketing, it’s important to consider the countless other ways our world, businesses, and even society have changed. For example, if you consider how e-commerce has transformed marketing, it’s no surprise that online marketing has become the focus for most businesses.

However, not only is there still room for older marketing techniques today, some of these forms of marketing do particularly well for different types of businesses. Print, radio, TV ads, and even other forms of marketing are still in practice today, and still doing well.

What it really comes down to is making sure that you’re doing what’s best for your business. Digital marketing & SEO is a given in today’s marketing world. However, that doesn’t mean you shouldn’t consider the ways that a flyer or radio ad can help take your business to the next level as well.

As we’re looking at the history of marketing, it’s always interesting to wonder what the future will bring. Are we going to see more SEO-web design hybrid marketing techniques? Are holographic advertisements going to start popping up in our everyday lives? Only the future, and the technology that we create, will tell.

What is PPC Management and How Can It Help Your Business? 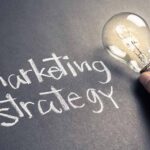 Are You Ready for 2022? 11 Marketing Strategies for Small Businesses

SEO and Web Design: Learn How They Work Together